Relics of history are dotted around the once booming silver and lead mine in Shan State that boasts links to a former US president.

NAMTU, Shan State — Just before the rains set in, I set out on the 170-mile journey from Mandalay to Namtu in northern Shan State.

My destination: the legendary Bawdwin mine, developed under British rule by Herbert Hoover and others in the early part of the last century, before the former engineer and globetrotter became the 31st president of the United States. 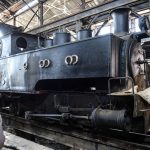 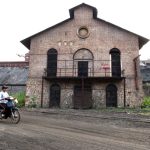 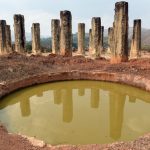 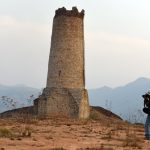 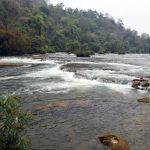 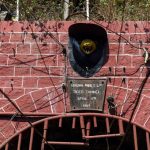 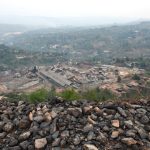 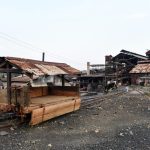 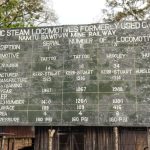 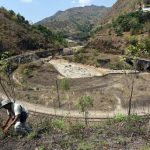 The mine became famous before the Second World War as one of the globe’s biggest sources of lead as well as an important source of silver and zinc.

Today, the Bawdwin mine remains largely forgotten after it was nationalized in 1965 and handed over to the Asia World Company in 2010. I wondered what I would find.

In the early morning, the roads were dry and the only green I saw from the windows of my hired van were banyan trees, irrigated maze plantations and the uniforms of soldiers providing security on the road.

We passed through Pyin Oo Lwin, Gohtwin, Nawngkhio and Kyaukme before we arrived at around 10 am at the fork in the road in Hsipaw that leads to the near-deserted winding one-lane road to Namtu, 42 miles away.

The air was filled with the smell of smoke rising from land being burned off for farming. Occasionally I saw trees in full blossom, natural springs, grazing cattle and road workers on the four-hour journey.

At Namtu, I discovered a town that is home to a diverse mix of people. There are many Bamar originally from the central dry zone, Chinese and Gurkhas as well as the local Shan, Kachin and Palaung.

Scattered about the town and its environs on either side of the Namtu river (whose name translates as “rotten water” in the Shan language), I found relics of history in all directions.

On the western side of the river I found the old train station, with British-built warehouses still standing and a signboard that read, “1,765 feet above sea level.”

Steam locomotives with wooden coaches manufactured around the time of the First World War by UK firms Keer-Stuart & Co. Ltd and W.G. Bagnall Co. Ltd were stationed at the start of the spectacular winding railroad to Kya Sa Khan, which means Tiger Camp.

It was there that Herbert Hoover reportedly found the footprints of a tiger close to the source of what would become a massive mine descending 12 levels and 1,200 feet underground.

Once also called the Timber Mine for its walls propped up with local hardwood, today the Bawdwin depths are deserted, and they are only accessible down to the sixth floor, according to engineer and foreman at the site U Tin Tun Aung.

Locals told me that an approximately 140-foot-long section of the railway line to Tiger Camp was damaged during last year’s rainy season and remains unrepaired.

Near the station, up a snaking hill road lined with eucalyptus and frangipani trees, I found a part of the old mine headquarters.

In the colonial period this rise was named Bo Gon, or Foreigner Hill. The mine superintendent and foremen lived on the peak, where there was also a hospital and a post office.

On another hill close to the station is the deserted refinery that dates back more than 100 years. Here I saw two-foot wide railway tracks, old coaches and wheeled iron containers.

It was easy to imagine the bustle of the past, when thousands of workers led busy lives here. But now, silence reigns, and just a handful of male and female guards watch over the refinery on shifts.

A female guard showed me a room with a modern-looking Chinese-made iron furnace where silver, gold and lead were extracted.

Local sources later told me that state officials sold off five 30 foot high colonial-era furnaces before the mine was privatized. For a while back then, junior officials dug out a type of arsenic compound called “speiss” and sold it to Chinese buyers. “It was like a festival,” a local said, as money flowed through the area and gambling and drug abuse spread among local youth.

Nearby stood the chimney, which channeled the fumes from the refinery into the open sky, and below this there is a high lava hill.

Though Bawdwin mine and the refinery have not functioned since privatization five years ago, some open pit mining continues here and Asia World still has a skeleton staff, doing mainly odd jobs and security.

According to workers, the company is investing more in more profitable mines such as the Heinda mine and the Kawlin gold mine in Tanintharyi and Sagaing regions respectively.

But a Chinese-run refinery called Myanmar Apex is extracting zinc from the old lava dumps, effectively making money from rubbish.

Local workers say that bad-smelling fumes and ash from the chimney may harm their health, but they have to put up with it as the refinery is a source of occasional work.

I had the sense that workers from various parts of Myanmar find it hard to leave this area where they recall the golden days and hope for a revival.

Some old-timers said they hoped a foreign investor might arrive with expertise as well as respect for labor conditions and the local environment.

They might get their wish. Though an expected new mining law is still delayed, there have been recent reports of Australian interest in Bawdwin area deposits.

For me, if armed conflicts in the region cease, this place full of atmosphere and lovely scenery seems well-placed to become an attractive tourist draw.