RANGOON — With rusty accordion gates, broken windows and pigeon droppings dappled down the façade, the three-story building standing at the corner of Bo Aung Kyaw and Merchant Road in downtown Rangoon is a shadow of its former self. Though it has been locked for years, street vendors have reclaimed its grounds, above them a faded sign on top of a gate in English and Burmese: Mahatma Gandhi Hall. 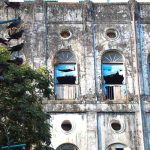 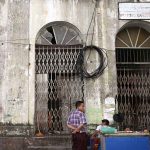 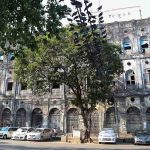 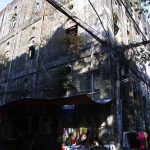 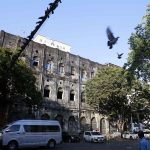 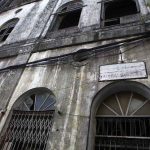 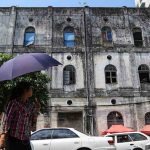 Built in early 1900, when Burma was under British colonial rule, the building used to house The Rangoon Times, one of the country’s English-language newspapers. It is within walking distance of the Secretariat building and the downtown areas home to the city’s Indian community.

The current, sorry state of the building belies its past glory. It played an important role in the heady friendship of the 1950s between India and Burma, when the Burmese Prime Minister U Nu and Indian Ambassador M.A Rauff bought the structure to turn it into a memorial for Mahatma Gandhi. They founded a trust to run it, and U Nu was on the board until ex-dictator Gen Ne Win ousted him in a military coup in 1962.

The Mahatma Gandhi Hall is also part of the country’s modern politics. When the military government refused to honor the National League for Democracy’s landslide victory in the 1990 election, all 392 candidates gathered at the hall on July 28 under the heavy presence of security troops to discuss their next move. The following day they issued the Gandhi Hall Declaration, urging the then-government to call Parliament within two months. But their request fell on deaf ears; most of the candidates were arrested.

The board that was trusted to run the building in the 1950s reportedly pushed to demolish it in 2013 in place of a 12-story apartment complex. But conservation groups criticized their plan because of the hall’s historical significance and proximity to the downtown heritage zone, a stone’s throw away. The Irrawaddy was informed that the development plan is still pending and that the case has been submitted to the Rangoon divisional government.

Yangon Heritage Trust’s director Daw Moe Moe Lwin said the Mahatma Gandhi Hall building should be preserved not only because of its role in international relations and its political significance but also for its century-old architecture.

“It’s important for India-Burma relations as well as for the National League for Democracy’s movement as part of the country’s modern democratic history. Plus it has a more than a 100-year-old urban heritage. It has to be preserved.”