The Textured Lives of the Chin Hills

Yo Ya May, on the first floor of Yangon’s bustling Bogyoke Market, seems less a textile shop than a museum. / The Irrawaddy

The Irrawaddy revisits this story from June 2015 about Khun Shwe and her husband Kyin Lam Mang, who have become advocates for traditional Chin crafts.

YANGON — At a sideways glance, Yo Ya May seems less a textile shop than a museum. Sitting on the first floor of Yangon’s bustling Bogyoke Market, cofounders Khun Shwe and her husband Kyin Lam Mang clearly feel blessed by their success, and in the course of their lives become the city’s most eager advocates for traditional Chin craft.

Their store is an undeniable labor of love.

“My children tell me, ‘you are really absorbed in this job. Your soul will stay circling around the shop after you die,’” Khun Shwe told The Irrawaddy. 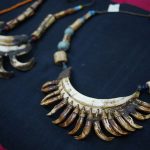 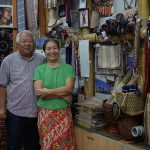 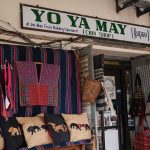 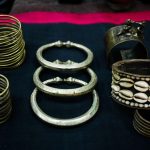 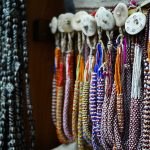 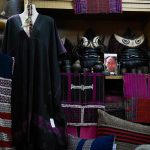 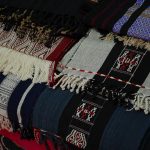 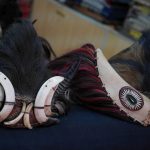 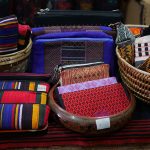 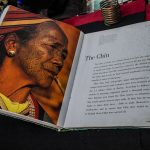 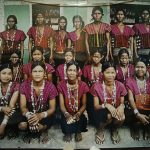 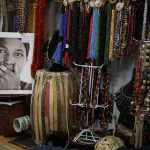 Founded in the 1990s, Yo Ya May has been based at the tourist hotspot since 2003, garnering praise from Lonely Planet and enjoying the dividend from the tourist boom of recent years.

Both 56-year-old Khun Shwe and her husband hail from Tedim Township in northern Chin State, and walking into their store is a window into their world. Sitting by hand-woven dresses and fabrics are photos of women in tribal dress and a library’s worth of books on ethnic weaving styles, techniques and fashions. For the women behind Yo Ya May’s wares, there are no worthier ambassadors than the store’s owners.

“We started this as a family business,” Khun Shwe said. “We continued with pride because with our work we are able to support Chin women as well.”

The mother of seven children herself, Khun Shwe said that most Chin women don’t get the chance to have a formal education, with many villages in the remote mountainous state lacking even primary schools, and with most parents unwilling to send them away for their studies. In many of Chin State’s most isolated communities, the women instead devote all of their efforts to craft.

“They pour all of their creativity and imagination into their weaving, that becomes their masters degree,” she said.

When the business started, their stock came exclusively from the work of three elderly women from the southern Chin State township of Paletwa. Each weaved in keeping with the traditions of the Khami ethnic group, which according to Khun Shwe is the most complicated in design and technique of all local Chin styles. As demand grew with the years, Yo Ya May has expanded to take work from members of the ethnic Chin community living in Sagaing Division and Arakan State—some of whom are also trained in Naga craftsmanship—and have begun to stock the work of Kachin and Karen women. Around 100 women in all are now working for the store.

Cheery Zahau, a Chin women’s rights activist who will be contesting this year’s general election, told The Irrawaddy that Chin textiles are becoming more popular with higher tourist numbers, reinvigorating traditions that have until recent years been quarantined by the isolation of one of the country’s least developed communities.

“The larger the market is, the better for Chin women,” she said. “These women will have more income and they will be encourage to preserve their culture.”

With a vast collection of vintage materials, Khun Shwe said she would like to open a museum in the future dedicated to promoting Chin culture. With most of her trade dependent on foreign buyers, she believes that more should be done to foster a local appreciation of ethnic traditions.

“It is rare for local people to come to our shops,” she said. “Only foreigners buy souvenirs here. It would be better more locals knew the true value of these products.”