The Last Slate-Makers of Mon State

Once a thriving industry in the Mon State village of Mudoon, these days only two families continue a long tradition of producing writing slate. / The Irrawaddy

Once used in schools across the country, writing slates are now rare. The Irrawaddy revisits this article from May 2015 about the dying, local industry.

MUDOON, Mon State — The business of making writing slates (known in Myanmar as kyauk thin bone), one of Mudoon Village’s most famous trades, is now a dying industry.

Slates are a unique product of Mudoon because plenty of the rock can be found around Mudoon village on Bilu Island, across the Salween River from Moulmein in Mon State. 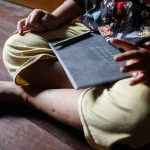 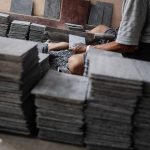 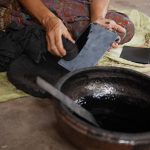 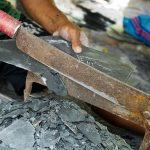 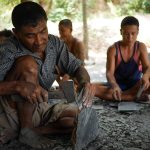 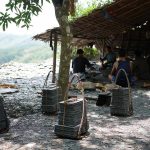 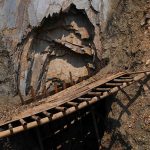 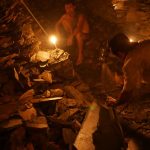 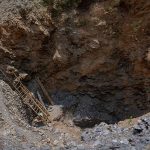 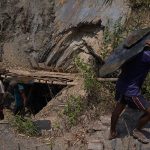 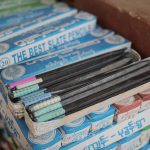 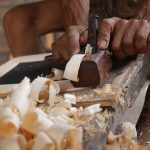 Past generations of Mudoon villagers earned their living producing writing slates that they could distribute throughout the country.

Slates were formerly an important stationary item for Myanmar elementary students. They were cheaper than notebooks and could be used for a longer period. One could also erase and rewrite on them innumerable times, while notebooks, in days gone by, were not only expensive but also difficult to find.

But around two decades ago, students eventually stopped using slates to write and practice their lessons on when notebooks became more affordable.

There are only two families left in the whole village who continue running their slate businesses. They still have a few buyers in areas of Irrawaddy Division, including Myaung Mya, Pathein and Hinthada.

Thein Kyi, the owner of one of the last slate-making ventures in the village, said he wished to continue his unique family-run business until all demand for writing slates had dried up.

“There were over one hundred families of slate-makers in the old days. One of the main reasons these people stopped their businesses was that the demand from buyers dramatically decreased. Only my family and one other still have some buyers from the Delta regions,” said Thein Kyi, who has been running his business, “Pyin Nya Mon,” for over 20 years.

It has become very difficult to hire workers to produce slate, Thein Kyi said, as many people in the village have left for the Thai border in the hope of alternative work.

Aung Moe, a 45-year-old who works extracting slate, said about two-thirds of village youth had left to work in the Thai or Malaysian fishing industries.

“So many workers have left the village… to earn more money,” he said.

Aung Moe and his co-workers begin work around 7 am every day. There are camps for slate extractors close to the slate mines on Thin Bone Mountain which is only a few minutes from Mudoon village.

A slate extracting worker normally earns at least 6,000 kyat per day. They go down dark and dangerous mines, often descending to around 150 feet to extract and carry big pieces of slate back to the camps where they cut the pieces to the required size.

These days some tourists who visit Moulmein also come to see Myanmar’s last surviving slate-makers in Mudoon Village. There are about 70 villages on Bilu Island and Mudoon is one of the bigger ones, with over 1,000 households.

With the production of writing slate seemingly in its dying days, most people in the village now make their living in agriculture.