Swedish meatballs, German bratwurst, Italian pizza, and Polish dumplings were washed down with Romanian wine and British craft ales—all to the tune of live Euro pop and jazz. 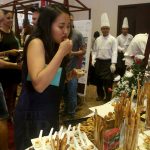 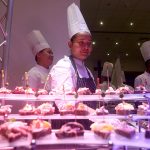 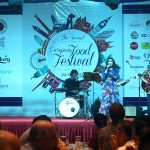 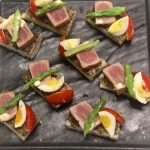 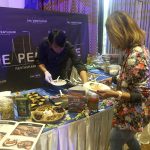 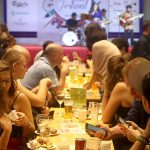 The money from ticket sales raised an estimated US$14,000 for two charities: Hamburg-based Myanmar Development Aid e.V’s Thanlyin Orphanage and educational and vocational training community organization My Red Elephant, according to Alexander Scheible, General Manager of the Rose Garden Hotel.

Scheible described the day as a “great success,” praising the all the restaurateurs and chefs who came together to showcase the diversity of European food.

Twenty-eight European countries were represented by booths forming a “who’s who” of Yangon’s European dining scene.

The City’s five-star hotels did not disappoint. The Polish dumplings and stuffed cabbage by Kandawgyi Palace Hotel were the epitome of European comfort food while The Savoy kept it simple, and delectable, with large squares of fine smoked salmon served with beetroot.

Glasses of German weizen beer, English bitter, and blonde ale by Yangon’s first microbrewery Burbrit were popular, leading to queues and frequent barrel changes. Bottega sparkling wine also went down well with guests, even if it was served in paper cups.