Kin Maung Yin prior to his death in 2014. / The Irrawaddy

RANGOON — Three years have passed since artist Kin Maung Yin left his colorful world behind, but his creations are still intensely alive among his friends and fans.

An art exhibition to commemorate the third anniversary of his death will be held on June 10-12 displaying 60 of his many works—20 on each day of the three-day exhibition—at the Peace Gallery on Maha Bandula Street in Rangoon’s Kyauktada Township.

Widely acclaimed as one of the leaders in the second generation of Burma’s modern art movement together with Win Pe and Paw Oo Thet, Kin Maung Yin was known for his bohemian lifestyle and daringly abstract sketches.

He was also an illustrious architect and a director. “Kin Maung Yin is at the top of the list of rare artists in Burma,” Win Pe said in praise of his friend. 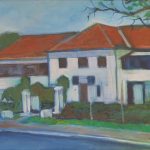 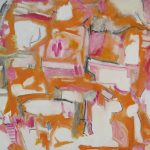 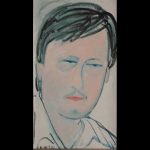 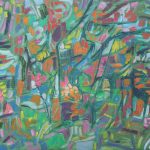 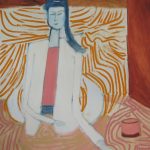 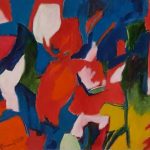 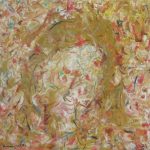 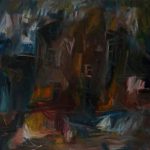 He created thousands of paintings during his lifetime. “Art is about creating what you want freely. If it is not free, how can it be art?” asked Kin Maung Yin.

The legendary artist passed away at the age of 76. He lived a hermetic life of solitude in a one-room wooden house in northern Rangoon.

“Less is more. I have everything I need here,” the legendary artist told The Irrawaddy in an interview in 2013.

Kin Maung Yin never named prices for his paintings. In many cases, he sold his paintings for notional sums. But some of his paintings have sold for thousands of US dollars among his fans.

“I hold commemorative art exhibitions so that younger generations understand the value of  Kin Maung Yin. I want them to know that there was a world-class artist in Burma. I also organized this with an eye for development of the art industry,” said event organizer Ko Tin Maung Lwin.

In the 1960s, Kin Maung Yin, Win Pe and Paw Oo Thet stepped on and relentlessly pursued their dream of modern art.

“He was a man of great value to our country, and had international-level skills. He lived a life of ease. He knew how to live a life of ease,” said Win Pe.

Kin Maung Yin was born to British-Burmese Frank Sewell and Daw Mya Thi in 1938. His grandfather John Sewell was a British Army officer during the British colonization of Burma.

He studied architecture at Rangoon Institute of Technology (now Yangon Technological University), and devoted his whole life to art.

“Burma was too busy with civil war and power struggles at that time to appreciate an architect and artist like him with such a creative mind,” said Win Pe.